My wife had a conference in Spain, so we built a vacation around that. It turns out that Spain is a fun place to visit: great art, great food, and well, great math. For example, you can buy a book about the golden ratio from a news kiosk on the street: 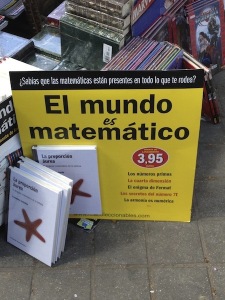 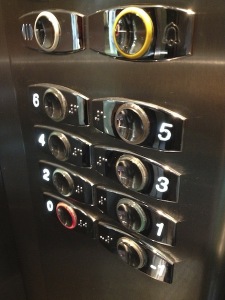 Given that I have discussed symmetry in Islamic art for a couple of decades in my Space class, I wanted to make sure we would visit the Alhambra, and we did, towards the end of our trip.

The Alhambra is an architectural marvel, and Spain’s most visited site. (More info on Wikipedia.) For a math teacher, it is remarkable in the variety of the symmetric patterns in the tile designs and stonework. Apparently, a young M.C. Escher visited the Alhambra and was inspired to explore tilings and symmetry in his artwork. 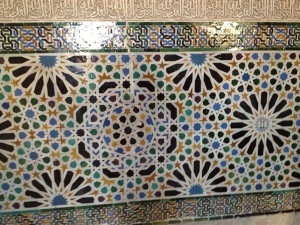 Oh, and speaking of symmetry in art,  the Reina Sofia museum in Madrid had an exhibit of Latin American geometric abstract art from the middle of the 20th century. Two examples: 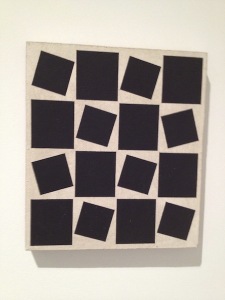 Like these two, many works in that exhibit had two-fold rotational symmetry. See more examples on the exhibit’s own Web site: Concrete Invention. [Unfortunately, that site seems to no longer be available.]

Knowing that we would end up at the Alhambra, I took pictures of symmetric designs whenever I thought of it during the trip. You can see the photos here, culminating at the Alhambra.